Scottish golf as expressed in America, became a sadist exploitation of nature, just ask the creeks next to golf cemeteries. Halogenated aromatic lawn chemicals (HALCs) persist; they never go away. They wash into the creek generating an unnatural ressish stinking slime. This golf symbolizes the 20th century exploitation of nature for the sake of made-up traditions. Greenwashing is a corporate information system of exploiting the goodwill generated by grassroots environmental movements. 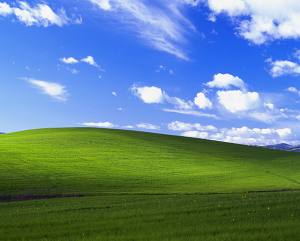 The disc golf course is another made-up tradition, but it seeks harmony within the natural environment. Take Portland, Oregon, home of giant fir trees. Disc golf accomodates them, and protexts their bark, and allows casts and curves among their trunks. This course requires no chemicals, and adapots to any location, sonoran desert or eastern beech forest.

An amateur disc golfer putters about in the woods. It is an urban forest dérive, a drift among the pines. My cast always becomes a bonk, and I wander into some mushrooms. Like the STALKER, who throws nuts into the high grass to dictate his chaotic destination, a random cast is my path through the loamy woods.

The original Americo-Scots misinterpreted the game to think it was timed; you drive to your target and run, hustling over the dunes, to achieve a timed par: with two dimensions of success, how few and how fast. Try the timed par, recognize the chaos magic of the true golf: pay tribute to the flying saucers of our alien friends with your disc. 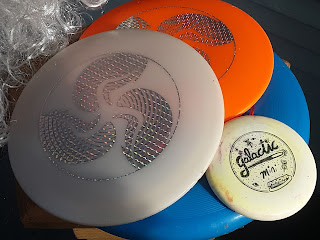